With the AmiWest 2020 show less than a couple of weeks away it’s time to give a big shoutout to the traditional AMIWEST Broadcast which is even more important this year. Every year Bill Borsari live streams presentations and interviews to an expectant worldwide Amiga audience.

This year his role takes on an even greater significance as Covid-19 travel restrictions mean that international visitors will not be able to attend and out of state USA numbers will most likely be reduced.

Unfortunately, due to New Zealand travel and quarantine restrictions I will not be able to travel to Sacramento so I will miss the show for the first time since I attended  AmiWest’s Amiga 25 celebrations in 2010 to present the first public display of the AmigaOne X1000 in North America running a beta version of AmigaOS 4.1. Happy memories indeed. However, in case you thought you had escaped me this year I have supplied SAAC with a pre-recorded video presentation ;-). I am pleased to confirm that A-EON Technology is once again the show’s Gold sponsor.

Fortunately for us Amigans, although most Amiga 35 celebrations have been cancelled this year due to the pandemic, Brian Deneen and his SACC team have decided that the AmiWest show must go on. AmiWest 2020 will be SACC’s 23rd consecutive show, as Brian reminded me, AmiWest Broadcast has been streaming the show over the internet “long before Zoom was popular!”

If you are a US based Amigan and would like to attend in person, the show officially opens at 10 am on Saturday 24th August and closes at 4pm on Sunday 25th. But if possible, I suggest you try to arrive on the 23rd and join in some great triple-A fun at the casual Friday evening gathering.  Due to catering uncertainties in the time of Covid-19, the Saturday night banquet is a little different this year. The SACC organisers are recommending that attendees order their own food of choice online from their favourite delivery service or pick-up take-out and dine together in the AmiWest show hall.

For more details about the AmiWest 2020 and Bill Borsari’s AmiWest Broadcast schdule check out the official AmiWest website for more details.

Viva Amiga to the rescue

Since my last blog post, the Kickstarter campaign for the new book, “From Vultures to Vampires”, which I’m co-authoring with David Pleasance, easily reached its minimum target of £25K. David was looking for an attractive stretch goal which did not add to the cost of international shipping which is surprisingly quite expensive for a small but relatively heavy item like a book. I knew I had the very thing to solve his problem.

Late last year, in preparation for Amiga 35 celebrations, I commissioned Zach Weddington to produce an extended remix version of his Viva Amiga documentary. Although the original film was well received, at around one hour long it was just too short. The new remix version runs for 2 hours and 40 minutes and includes a lot more interviews and stories from key Amiga developers and other Amiga luminaries and enthusiasts. Since I have sole distribution rights I was able to offer David the options of supplying a digital download of the extended version as a free stretch goal for all of the Kickstarter backers no matter their pledge level. He set what I thought was an ambitious stretch goal of £35K but this was easily reached and he ended up raising £42,813 from 1,005 backers. As the video is very large at 5.83 GB for the 1080p MP4 version, David chose to deliver it through the Vimeo platform. All backers of his campaign can freely watch or download the standard 1080p version or choose the smaller but lower quality HD or SD version. The film being on Vimeo has an added benefit. Even if you did not back David’s Kickstarter campaign you can still rent or buy Viva Amiga Extended Remix movie with all sales passing to David to help cover streaming costs and other expenses. As far as the book goes, I’ve spent a fair bit of time over the past few months researching and collating my Amiga articles. To help add more colour to the story we have also been reaching out to key individuals who have or are still contributing to the Amiga’s post-Commodore story. I’m pleased to report that the vast majority have agreed to add their voice to the narrative.

As part of the Kickstarter campaign, playing on David’s catchy book title, the Apollo Team agreed to donate one of their “Vampire 4 Standalone” FPGA based Classic Amiga compatible systems, valued at €570, to be offered as a raffle prize for everyone who pledged to the campaign. All backers, no matter what their pledge level were entered into the prize draw. A random draw from the 1005 backers was held live on Amiga Bill’s Twitch stream and the lucky winner was Rudolf Petry from Germany. Rudolf was naturally very pleased with his prize and said, “I’m happy to be the winner of this wonderful Vampire V4. It was on my wish-list for Christmas, with the A1222.  The A1222 is on the list for 4 years (make it any sense to send you good German beer to speed things up?).”

I asked Rudolf whether I could mention him in my blog and he replied, “My 6 year old daughter, ask me last Saturday what I have played when I was young (I got my A500 when I was 14 years old). I showed her “The great Gianna Sisters” on YouTube and she ask me how could she can play this game . I said I must install it on my A1200 with (OS 3.1.4) and the we can try it. It’s time to ‘Amigarise’ the next generation. I have two students that believe Apple have invented the GUI. They don’t know Xerox PARC. For me its unbelievable why people think Apple is the best firm in computing. The Apple 1 & 2 was great machines for their time. But the Atari and Amiga were still miles ahead. Commodore missed in the USA so many opportunities with the Amiga, it’s unbelievable. I would like to see this story on Amazon or Netflix. My personal dream is to revitalise  the genre  of  party games on the Amiga with EntwicklerX.” Thanks for that Rudolf, I can see why you made a pledge for our book. 🙂

If you are wondering what happened to Stephen Marshall, the Canadian raffle winner of the A1222 from David’s first book, Commodore – The inside story, read on. Due to the ongoing delay exacerbated by Covid-19, A-EON offered Stephen the option of a free upgrade to an AmigaOne X5000/20, valued at €2,000 or wait for his A1222 Plus to be ready. I’ll let you guess what he chose. 😉 Look out for an A1222 Plus update in my upcoming AmiWest presentation.

In my Soapbox article for Amiga Future which will appear in the next edition of the magazine I wrote about Mark Falconer who had recently become the owner of one of A-EON’s AmigaOne X5000/20 systems.

Mark is an active member of the growing Amiga Retro Brisbane user group and like most Amigans is a pretty smart guy too. He contacted me with a couple of questions about his new X5000/20 but we were soon talking about our respective Amiga history. When he mentioned his CD1200 project I was really intrigued and asked for more information and he sent me this:

“Last year, I started to think about the A570 (it’s like the girlfriend that got away, ha!) and I tried to buy one, but after missing out on too many auctions I lost interest. In any case, the A1200 was the system I really wanted the CD drive for, as it had started to become my goto machine. Getting a lot of enjoyment out of problem solving, I started to research online how I could connect an external CD drive without hacking up the A1200’s case which most mod’s seem to involve.

The design of the Amiga CD1200 prototype, after seeing it on Dan Wood’s YouTube channel, inspired me. I set to work designing a case and interface on one of the 3D packages I use at work as an Architect. A friend of mine who is similarly enthusiastic about making and designing, printed a 3D case and my “Amiga CDnest” project based on the CD1200 case design was born. I created an Amiga CDnest Facebook project page to document the journey which has been a slow process largely due to how we turn a niche low volume, labour intensive prototype into a finished product.

The case design has been the hardest and I am currently investigating changing over from plastic to powder coated metal for the body. The drive fully operates exactly how I want it to do, but I want to get all the other elements right and not sell a product that breaks or doesn’t work in some configuration. If someone else beats me to the Kickstarter or production then I’ll naturally be disappointed, but I can live with that. Developing for the Amiga is exciting but as a niche market the product has to be spot on as the user base is a lot smaller. I have a lot of respect for people who have had the vision, time and drive to undertake what is a very challenging task.”

I have to say I totally agree with you on that point Mark and “maker projects” like yours is what makes the Amiga community so special. If you want to know more about Mark’s Amiga passion you will have to read the next edition of Amiga Future magazine.

If you like to read my Classic Reflections series but are not a native German or English speaker you should check out Obligement magazine for the latest translations by David Brunet of two of my articles originally published in Amiga Future magazine about the major contributions made by two stalwarts of the Amiga scene, Haage & Partner and Phase5 (part 1), and what happened to them after the demise of Commodore. 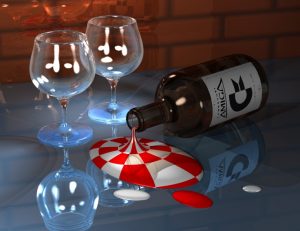 That’s all for this update.

Next stop AmiWest, I wish, but no use crying over spilt boing balls 😉