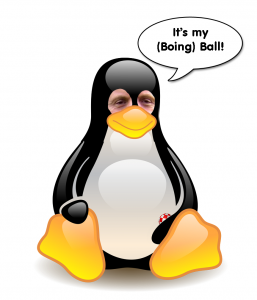 Over the past few months I’ve been heavily involved in helping to port various GNU/Linux distributions to the AmigaONE X1000. My role has been to test each installation created by our Linux gurus and write the user installation guide. If I have to be honest, I’ve never been a big fan of Linux – there I’ve said it, please don’t shoot me! 😉 However, a few years ago I began experimenting with Linux on several “Amiga Next Generation” machines. This included Debian Woody, Sarge and Lenny on my A1-XE; Ubuntu 8.10 on my Pegasos II and Debian Lenny on my Sam 440 Flex.

I’ve also installed Ubuntu, PCLinuxOS and Fedora on several old PCs and Laptops and have played with numerous free Linux distributions supplied with various computer magazines. I’ve installed multiple Linux flavours under VMWare and even Linux under Linux using VirtualBox on a PC. (I admit that does sound a little geeky!)

Don’t get me wrong, in recent years the usability of Linux has improved in leaps and bounds for mere mortals like me. No longer do I have to spend hours downloading and burning multiple CDs, typing in hundreds of lines of unintelligible & incomprehensible code only for the installation to fail at the last step after many hours of work. Most modern Linux distributions are now quite user friendly and the installation process is much improved using streamlined Net install disks coupled with fast broadband connections. Linux is also blessed with a massive database of free productivity software and is supported by tens of thousands of active developers dedicated to the free software ideal. Despite all of these excellent improvements which have made Linux more accessible to a much wider audience, a PC running Linux is well………..still a PC.  It’s not an Amiga.

Having said that, I’m pleased to report that, thanks to the expertise, hard work and dedication of several AmigaONE X1000 beta testers and “First Contact” owners we now have five PowerPC Linux distributions that can be installed on the AmigaONE X1000 alongside AmigaOS 4. This includes Debian Squeeze 6.05, MintPPC 11, Gentoo, CruxPPC and Ubuntu 12.04 LTS. Which distribution is best? That is down to personal choice and preference. If you want a rock solid distribution, choose Debian Squeeze. If 3D applications and games are more important you might select MintPPC. If you prefer the most popular mainstream Linux distribution with a good-looking Unity 2D desktop install Ubuntu. Linux experts will likely want to install either Gentoo or CRUX PPC. Then again if you have the time, disk space and inclination you can install all five, then go back to using AmigaOS, for fun and relaxation. 😉

After my foray into the Linux world it’s always good to get back to using the AmigaOS, whether it’s AmigaOS 4, AmigaOS Classic or one of the other “Amiga like” flavours such as MorphOS or Icaros Desktop. It’s like being with an old friend who’s on the same wavelength, puts up with your quirks and idiosyncrasies, laughs at your bad jokes and doesn’t mind if you smell a little. Hey, who said pass the deodorant!

Now I must get back to writing my next Classic Reflections article for “Amiga Future”. Whatever happened to “ASDG”?